Giving in to the hype of being an egregiously unhealthy menu item, my buddy John Nemec and I couldn’t resist and we each grabbed one of KFC’s Double Down Sandwiches for lunch yesterday, which also happened to be the first day of it’s chainwide releases. He videoed me while I gave my first impressions:

If you’re unfamiliar with the concept, Kentucky Fried Chicken basically took a sandwich with pepper jack cheese, bacon and the “Colonel’s Sauce” and replaced the top and bottom buns with friend, breaded chicken breasts (grilled chicken breasts can be substituted).

Sounds decedent? Sounds like it would instantly clog your arteries? Well, it’s by no means healthy eating and I wouldn’t advocate scarfing one of these down on a regular basis, but it’s actually better for you than other fast food monstrosities:

As you can see in the video, just eating it plain wouldn’t do (I wasn’t impressed by the Colonel’s sauce). I tried All Spice Cafe‘s Jolokia Ghost Pepper Sauce, Defcon‘s Defense Condition 2 Wing Sauce and CaJohn‘s Mongoose Extract Sauce to see if they would perk up the sandwich. 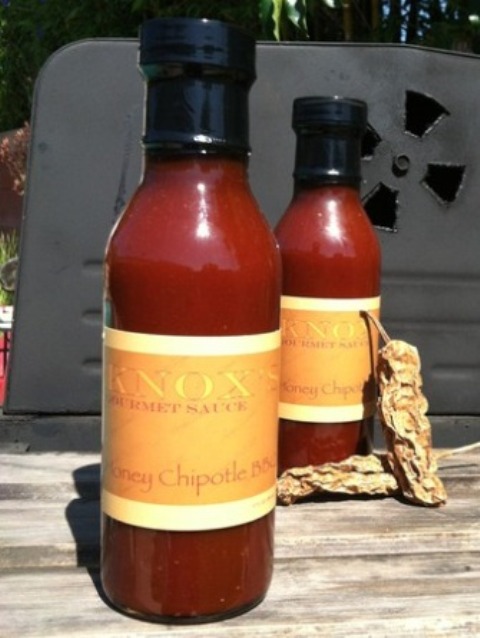