My California bud, Robert aka Parker is getting some overdue surgery on his knee. Back at the Fiery Food Show in Albuddahquerque we had a group of chileheads out for lunch on the last day of the show. While we were waiting on the food to arrive, suddenly without warning Parker hits the floor of the restaurant writhing in pain. He tells us his knee had locked again, and that he had to reposition it to get it to pop back into place. It seems that this is something that happens to him from time to time. It was tough as hell to watch him go through this torturous episode. He struggled there, and we as a group were helpless to help. It took him at least 5 minutes before he could get his knee back in place. Once that was done, it was like nothing had happened. No lingering pain at all. Yet, by the look on his face, it had to hurt a lot while the knee was popped out.

After going through one too many episodes, Parker finally decided to get it fixed. Technology as it is, should bring him back to form in a real short time. He will have a little bit of rehab along the way, but he will be better for it. His surgery takes place at noon pst today, so let us all wish him our best and a speedy recovery. He will want to be back on the skateboard asap. :wheelchair:

Thanks again to Sean for drawing up another awesome cartoon! I was going to hold this out to the October Fireside Chat, but I figure the cartoon fit the situation, and cheer our chilehead brother up. 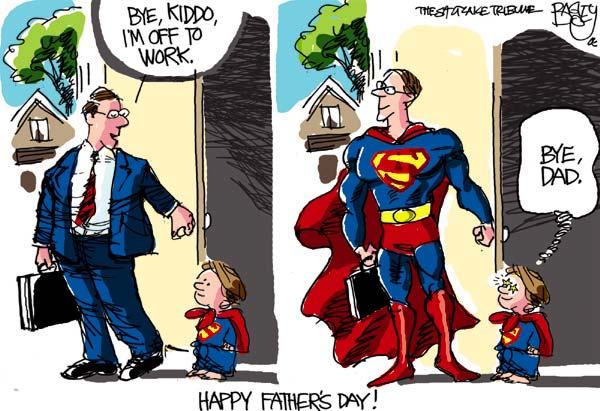 Remembering My Dad with my favorite review