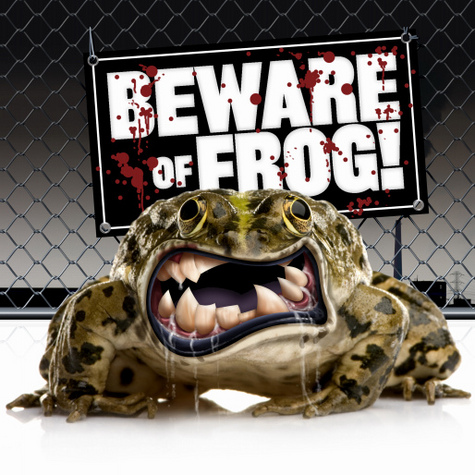 If you late to the plate, yes Defcon is taking his act on the road to New Orleans for the first ever frog leg version of his infamous Deathmatch contest. Usually we have 10 zonked up chicken wings with ÜBER-heat unlike most chileheads can endure. Now pull out the chicken wings and add in some froggies’ drumsticks and you get a Bayou style wing eating contest. I will have the video as soon as I can right here in this post. I have purchased a special trophy that will be unveiled at the show. It was delivered right to the event, so I don’t even have a sneak peak to share with you. I will say it is large enough to hold with 2 hands.

There will also be other things I might film as well, but not sure right now what I will be able to bring to you. I am participating in the Intensity Academy Lick-A-Thon again, so I will need some help to film that. Unless I can construct some kind of LickCam. I think that might be a bad idea. I will have footage of the Shrimp ‘n Grits Throwdown between Feast Your Eyes on This finalists Johnny McLaughlin of Heartbreaking Dawns and winner Clement Bourg. They were told to keep it as traditional to New Orleans as they can. As it was a budget meal back in the day.

Who knows what else I will have to report to you with, but come back here to check out the latest at NOLA Hot Sauce & Gourmet Show.

I could not get the post to show for the EatMoreHeat video, so I am just going with the one I did. Here it is for your approval: