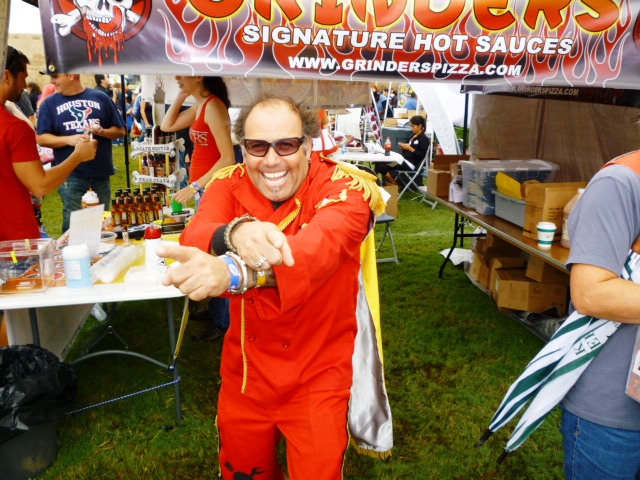 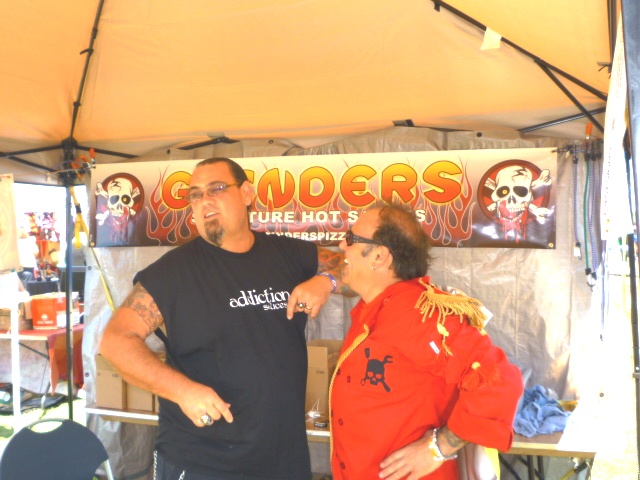 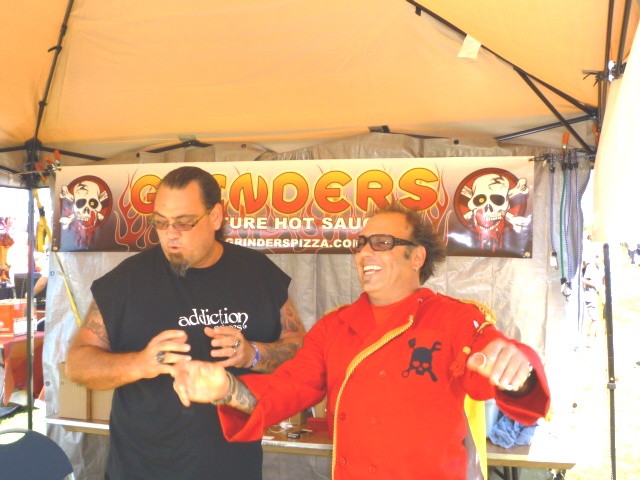 With only 5 hours of the festival on Sunday, the day went by extraordinarily fast. Before you knew it, it was time to pack up things. Fiber Joe and his posse of his Brother Tony and friend Johnny were essentially the breakdown crew for the Sauce Goddess. Although I helped out at the booth, they were moving stuff back and forth to the Sauce Goddess vehicle. Jen is very meticulous when it comes to setting up, but even more so in breaking down. She was doing the Chile Pepper Extravaganza in a week and wanted to make the transition as easily as possible. So putting things back in a certain order was paramount. So when there was a loll in the packing, team fiber looked around to see who else they could assist. They’re some great people in New Mexico. Representing the 871 with pride.

Despite the muddy confines of the Stafford Centre grounds, everyone had a seamless breakdown. I noticed that Vic Clinco claimed to have swiped a picture that was on Shawna Kearley’s Facebook page of the CaJohn booth area after they were done breakdown. It showed what kind of mess that the CaJohn krewe had to deal with for 2 days of the festival. This was a result of the fallout/collapse of their tent overnight on Friday from the huge downpour. So if the photo was good enough for Vic to steal from Shawna, I decided it was good enough for ILIS to swipe it from Vic. So check this muddy mess. 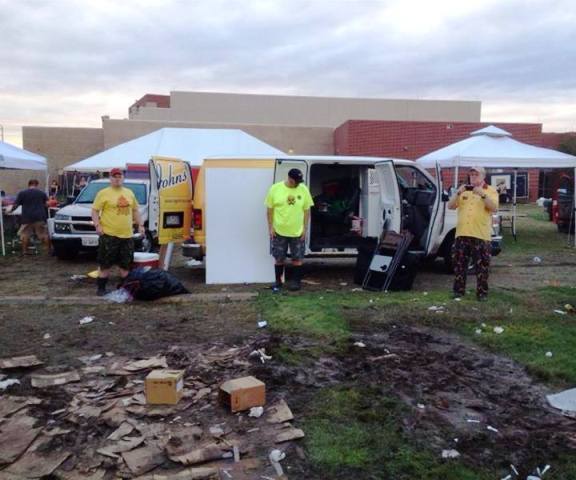 Once everyone was done breaking down, we headed over to Los Gallitos for some very good Mexican fare. I continued to keep as close to my low-carb diet with an order of fajitas without the tortillas, although I did order the whole wheat ones, I only ate one. I knew I would not be as strict when I hit Louisiana for my favorite kind of food, Cajun/Creole. This night’s meal was quite satisfying. We had this restaurant last year and they are known for their stuffed avocados which are also deep-fried. The pic below is the one I had with shrimp inside. Many of the people at the restaurant got a version this. 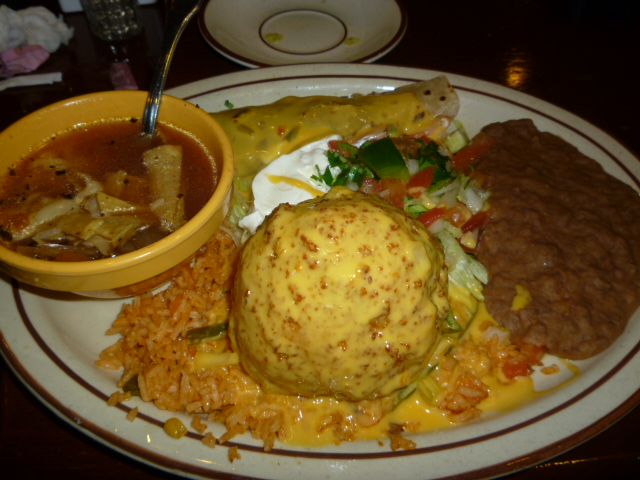 We ended up hanging out a bit back at the hotel, and some of us said our goodbyes. It was great to finally meet Brad Bishop, Ted Barrus and Raisin Bran. I wish I got to hang with you a little more. Next time, I am going to be more hands on with your taste testing and pull you away from Ed and his evil smirk and bag o’ peppers. Just to see how you reacted at the Patter Fam Sauces booth at the end of the show, told me you didn’t get to try as much as you could have. If there is a next time, I will bring you around personally and show you how great these artisan sauces can be. Jim Duffy, always great to see you again my friend. Jim was busy soaking up the show and meeting many of the new faces, so we did not hang as much as I would have liked to. For those of you that have never met the man, you might have a preconceived notion of who he is from his Facebook posts, but he is much more than that. A man with a big heart and as cuddly as a teddy bear. At least so I have been told. 😀

Then there was the Fiber Joe posse. You can see how much fun they had just by looking at their faces while we talked about the show. Joe is loving the community even more now. He has a full taste and talking to him on the phone, makes me believe he is looking to the next show he can travel to. North Market was one we discussed. As I tell everyone in this community, once you get a taste of it, you want more and more of it. Just don’t do what I do, and go broke trying to do every show, every year. Not a good financial strategy for a postal worker. Anyway, the Houston Hot Sauce Festival is an event that should be on everyone’s schedule, whether it be to come as a vendor or a chilehead. Carol Borge’s now with 13 years of experience under her belt, has now made the festival an event to be reckoned with. It is entertaining for all ages and something to look forward to each and every year. Congrats again Carol for a job well done.

Part 4 will be the trip to Lafayette and New Iberia, Louisiana with the Sauce Goddess and our time spent with Dana Romero. He gives us an impressive sneak peak at the grounds for the Louisiana Hot Sauce Festival coming July 19-20, 2014. I can not wait to share with you some of the details and a few pics I took. Until then.