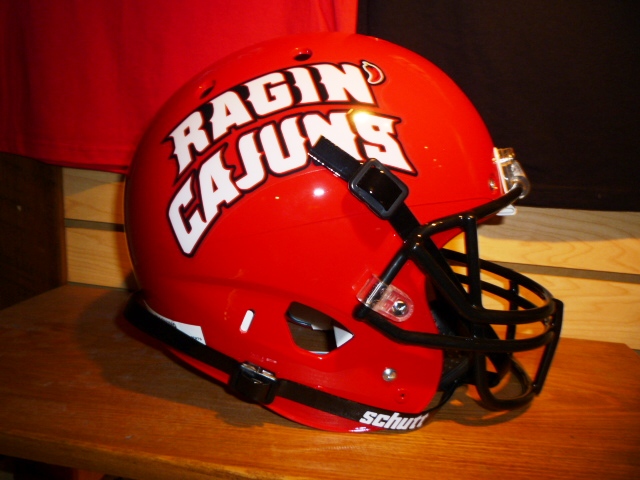 The Sauce Goddess, Jennifer Reynolds and I headed from Stafford, Texas to Lafayette, Louisiana, (Home of the Ragin’ Cajuns), to meet up with Dana Romero for lunch. For those of you that do not know Dana Romero, he is the man in charge of creating the 1st ever Louisiana Hot Sauce Festival. He wanted to show us a good time, treat us for a nice Cajun lunch and get some feedback on the future festival grounds which will kick off on July 19-20, 2014. I have been exchanging messages with Dana for a few months, but I never had met him before. As I told you in the previous parts of my road trip, he volunteered as a salsa judge. Not only that he helped me quite a bit in adding up the judging scores of all 70 entries. With 7 judges, that is 490 scores to tabulate. I was extremely grateful for the help he gave me.

Jen and I each had our own transportation, and once Dana told us where to meet, we set off to meet at PreJeans Restaurant in Lafayette, LA. I let Dana choose my meal, as I wanted to have something Cajun and special. He hit a home run, and it was a dish I am not sure I would’ve ordered reading it from the menu. The dish was called Catfish Grand Chenier, and it one of the best meals I had on my 2 week trip. Here is the description as it is written on the Prejeans’ menu along with a picture of the dish. 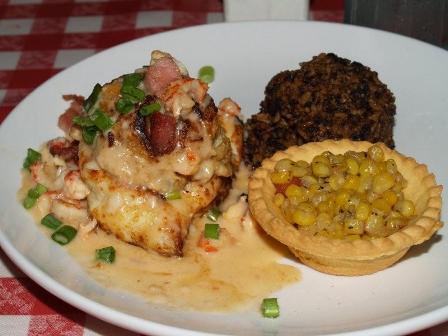 Not being a big crawfish étouffée fan nor a guy who chooses the fish option on a menu too often, it really awakened me to what good food can taste like if done the right way. While we were dining, Dana was giving us the details of what he had planned for our day. We were to follow him to the historic Acadian Village where the Louisiana Hot Sauce Festival will take place, and then we would head over to New Iberia, LA and meet up with his family, as well as CaJohn and Nate for dinner nearby. Before we left we had to take a few pics inside the restaurant by the giant gator. You know tourist stuff. 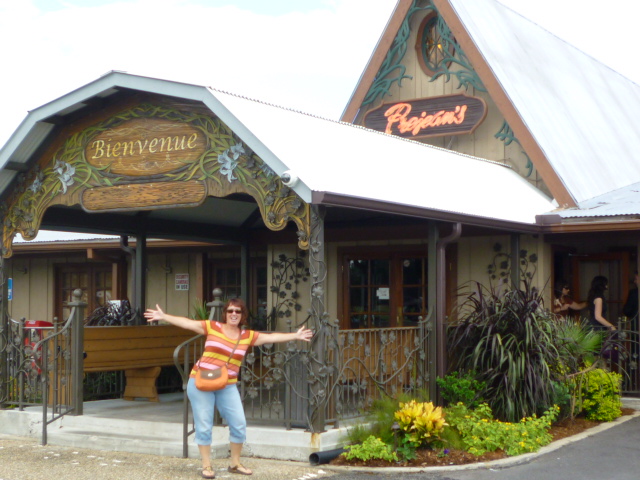 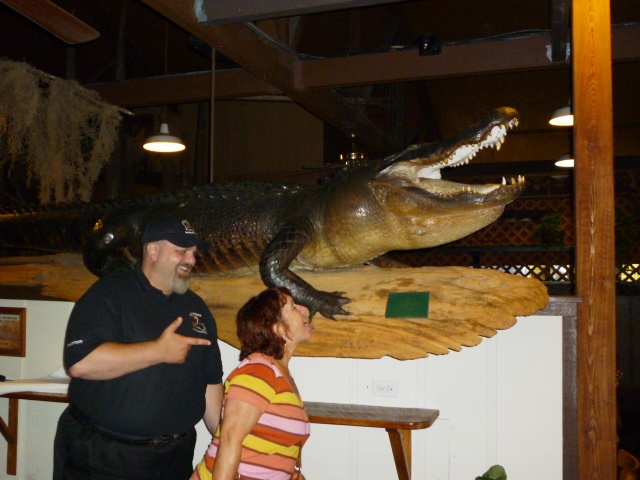 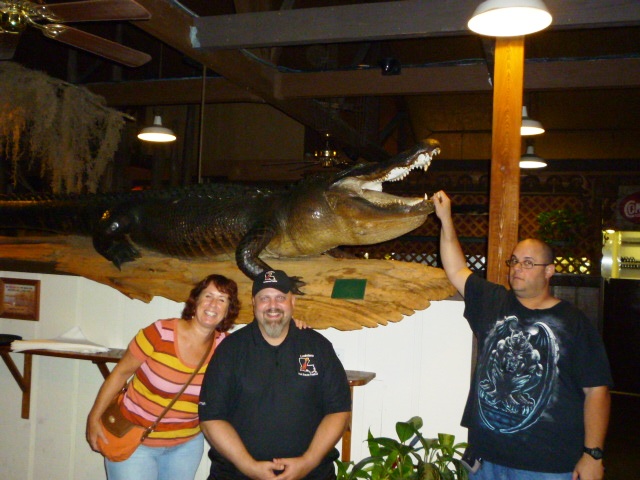 I had no clue what the Acadian Village was before I was told by Dana. The village is the best example of what the 19th century Cajun lifestyle was like. Back in the mid-1970’s, in order to recreate a typical 1800’s Cajun village, the design team assigned for the restoration would have to transform 10 acres of farmland into a shaded-lived in community with a waterway running through it. The massive undertaking of reconstruction, dredging of bayous and such was accomplished through local carpenters, businessmen, civic organizations and community volunteers. Even the U.S. Army Reservists of the Lafayette area pitched in by building an information center. The end result was a moment captured in time. 7 of the 11 homes are authentic 19th century homes which adds to the realism of the restoration. 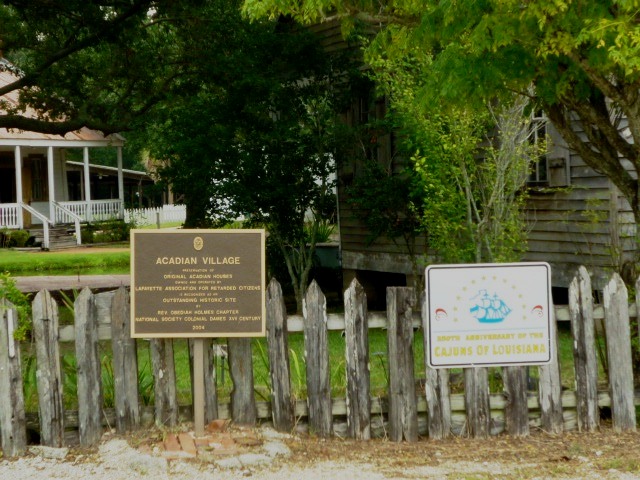 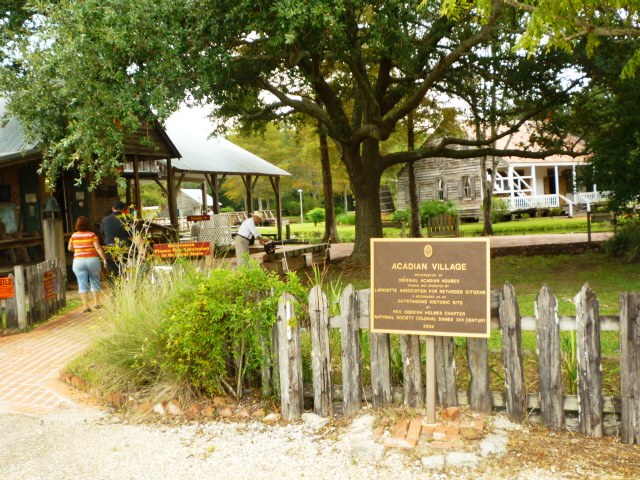 When you walk thru the village you take in the little things of the old houses and wonder how they could’ve lived without the basic necessities that we all have today. What, not even basic cable? I had the Sauce Goddess take a couple of pics in one of the outhouses. 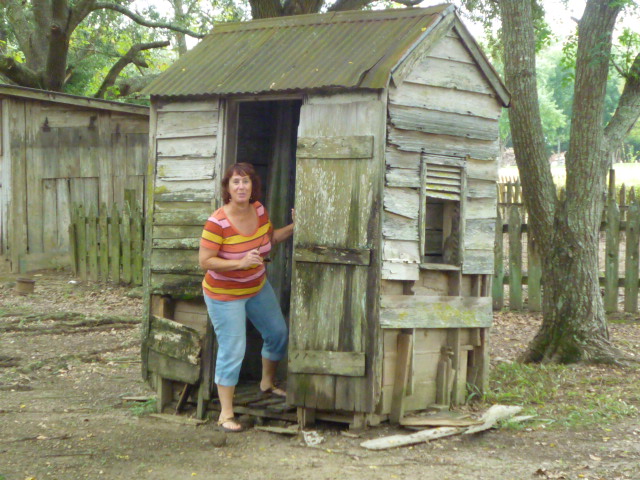 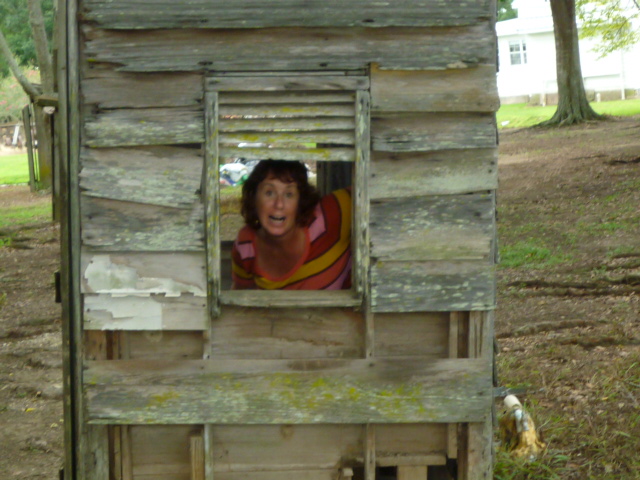 The waterway and the bridges that run throughout the village in a winding fashion is something that I really find cool. Imagine living in a community with such a cool aspect between you and your neighbors. Dana told us is vision for the Louisiana Hot Sauce Festival is to fill in the areas in between the houses. Anywhere there was a patch of grass large enough to setup a vendor’s booth or concession stand, there would be something. Visitors would get a map of the spicy trail with all the vendors, so they can move along the path and find each one. There was a huge clearing towards the back where Dana wants to have food trucks setup. There was a stage area for entertainment and contests, and another area for more food and drink or just to get out of the sun for a little while. This shaded area would be a big focus knowing too well that people would seek refuge from the heat. The fans would be there to cool people off. There is even a church onsite for Pastor Sam Peters to preach in. 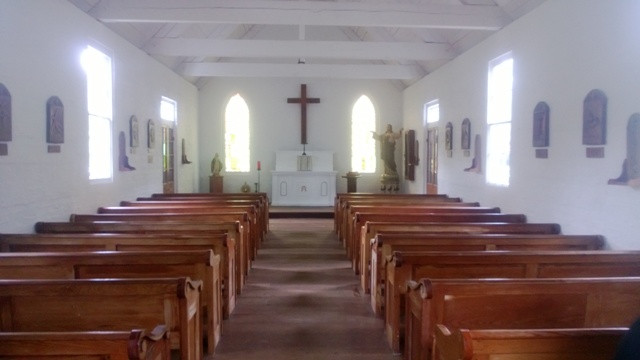 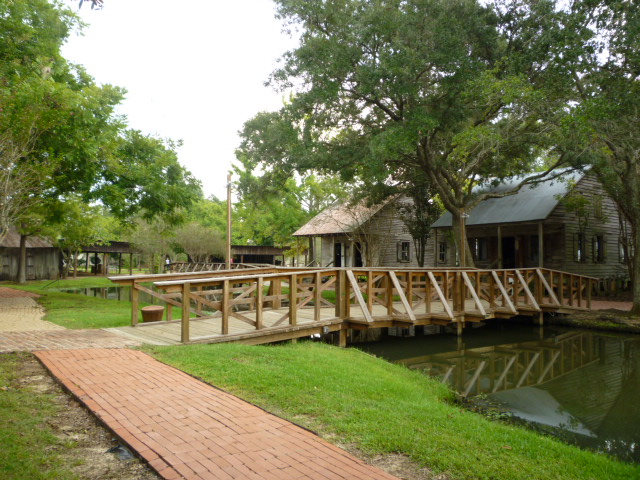 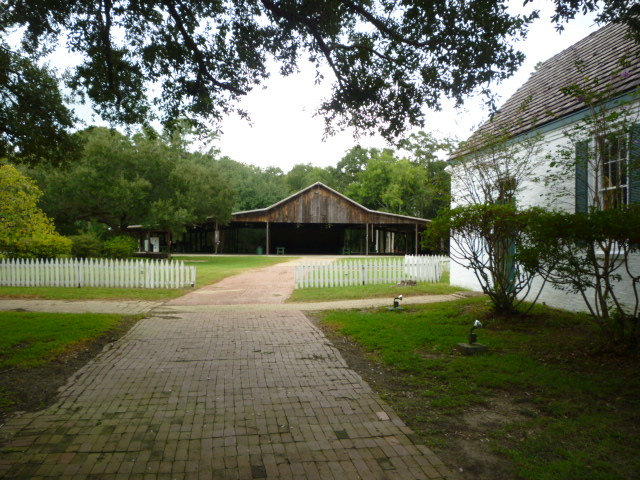 I didn’t take too many pics, but I have to tell you I was impressed, and so was CaJohn who got his own tour the next day. The area was filled with tourists while we were there just walking around. The village presently all ready hosts other festivals and events to much success, so it seemed like the logical choice to host the Louisiana Hot Sauce Festival here. The area has electricity built into the grounds which is a huge plus. They have the full support of the municipalities of Lafayette and the state of Louisiana, as well as the various tourism boards. Tabasco and Bruce Foods are both on board and will have their presence felt at the show. Dana has all ready assigned them their space. I think everything is in place to have one great show. Would I like to be there? Hell yes! Would I recommend taken the risk of vending at the show? I would put my money on Dana Romero. He is a man with a plan and I think this festival will be close to what Bowers is, but with the historic village built into the framework.

After our guided tour, Dana dropped us off to find a hotel in New Iberia, and then a few hours later met up for dinner at R & M’s Boiling Pot. I had some big ass shrimp, andouille sausage corn and a taste of gator and frog legs. There was some kind of fried balls that Jen had ordered, but I can’t recall exactly what that was. The shrimp and sausage filled me up pretty fast and did not have room for much more than that. We talked for a bit before we headed back to the hotel. Tomorrow would be the Tabasco Factory and Jungle Gardens tour. Then we would make our way to Baton Rouge. 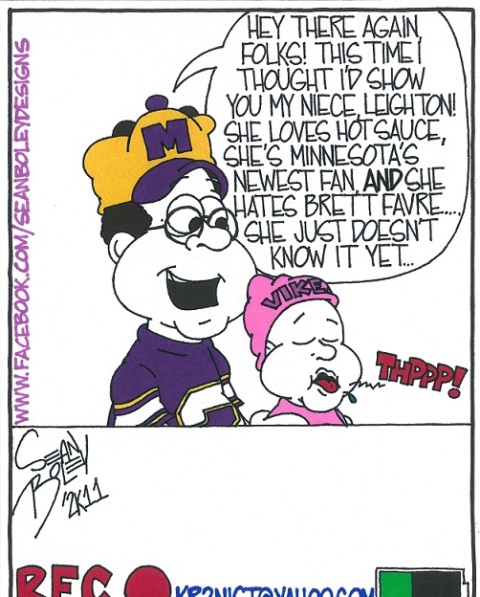 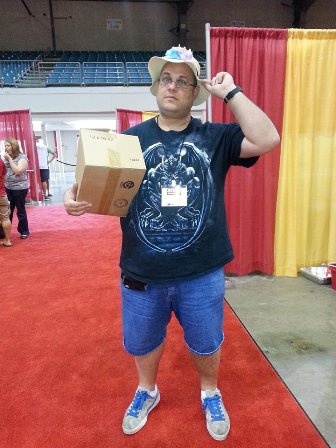