Anyone who appreciates the hotter things in life is invited to indulge in a fiery food experience January 24-26 2014 as ZestFest brings together the spiciest exhibitors and products from around the country for one sizzling weekend. ZestFest is the ultimate party for bold and flavorful food enthusiasts. Produced by Spicy Food Productions and taking place in Irving, Texas,  ZestFest will be action-packed! Cooking demos by celebrity chefs, live music, interactive contests and thousands of bold food samples will make January 24-26 2014 the zestiest weekend of the year!

Texans who appreciate the hotter things in life are invited to indulge in a fiery food experience January 24-26, as ZestFest 2014 returns to the brand new Irving Convention Center at Las Colinas. This will be the 10th year that ZestFest will be held in the DFW Metroplex. Promising to make this – its hottest food festival and competition yet, ZestFest 2014 brings together the spiciest exhibitors and products from around the country for one sizzling weekend.

ZestFest is one of the largest events in the country that showcases the zestiest products on the market. From ‘mom & pop’ brands to industry leaders, ZestFest provides an opportunity for companies to put their wares in front of not only the consumer, but also those in the industry, including retail buyers and restaurants. In addition to the plethora of zesty products available for sampling, ZestFest offers a wide range of entertainment throughout the 3-day event.

The main stage celebrity cooking demonstrations allow guests to ask questions and get tips from the region’s most renowned chefs. Top chefs returning this year include Jon Bonnell, of Bonnell’s Fine Texas Cuisine and Buffalo Brothers, and Eddie Deen,  just to name a FEW. Visitors can watch fierce competition between gastronomic rivals or prove their gusto by participating in Wing Stops Atomic wing eating contest, which is returning this year, or the jalapeño eating contest. From live music to food competitions, there is something for everyone to enjoy.

Gregory Bagarozy, the Owner of ZestFest, says, “There’s nothing like the feeling of walking the aisles of Texas ZestFest and knowing that the hottest foods on earth are all right there, ready for the sampling! I spend the whole year preparing for ZestFest—both learning about great products and increasing my tolerance for chiles—and once I’m there, I try to taste them all. As they say, it’s a tough job, but somebody has to do it!”

Due to the growing demand, ZestFest is opening its doors to the public one day early on Friday, January 24th from 1pm to 7pm, as well as Saturday, January 25th from 10am to 6pm, and Sunday, January 26th from 10am to 5pm. Admission to the event includes tastings, beer and liquor sampling, entertainment, as well as all the cooking demonstrations. Tickets are $15 and will be available at the door. Children under 10 are free. Trade Buyers are invited to come during private hours on Friday, from 10am to 1pm. 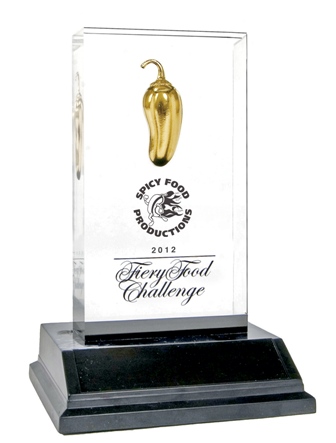 The Fiery Food Challenge kicks off ZestFest 2014 and is the longest running, most prestigious competition of zesty products in the industry.

Produced by Spicy Food Productions  and presided over by independent VIP judges, the Fiery Food Challenge runs Tuesday through Thursday, with an Awards Dinner on Friday night.

Winners of the Fiery Food Challenge receive the coveted 2014 Golden Chile Award, plus additional benefits. Recipients are also eligible to market their winning products for the upcoming 2013 calendar year.

The Fiery Food Challenge is a competition that invites hot, “really hot”, spicy and zesty foods and fiery food-related products to be submitted by those folks vying for the prestigious Golden Chile Award – one of only two “fiery” food awards that stand out in the United States.

The tasting and the judging are “blind” – a number system is used so judges don’t know whose products they’re tasting. To maintain the integrity of the contest, the people who tally the ballots do not know which company whose scores they have. This competition is for professional food products and products must be professionally packaged for resale.

Three days of judging take place. There are two sessions daily so the judges’ mouths do not get burned out at the end of the day! There are some really, really spicy products introduced! The zesty and the fiery are mixed up so there is a variety for those hot-mouthed – or asbestos-mouthed judges!

Judges gather to challenge their senses and evaluate entries in the following categories:

The Golden Chile awards are presented on Friday night – and those winners will display their prizes on Saturday and Sunday so ZestFest 2014 attendees can sample the spice and zest that won the Golden Chile!

ZestFest attendees on Saturday can take part in the People’s Preference Awards – by doing their own taste tests and judging the hot, spicy and zesty salsas, sauces, dips, etc., for themselves. Those awards are announced later that day.

Click Here for special ZestFest Rate for vendors $69.00 per night!!

Experience the Charm of Texas at the Wyndham Las Colinas! 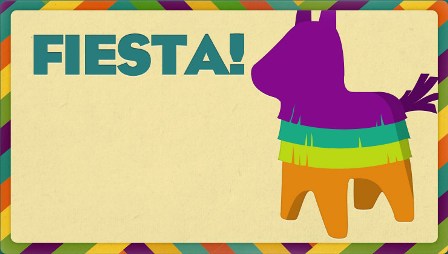