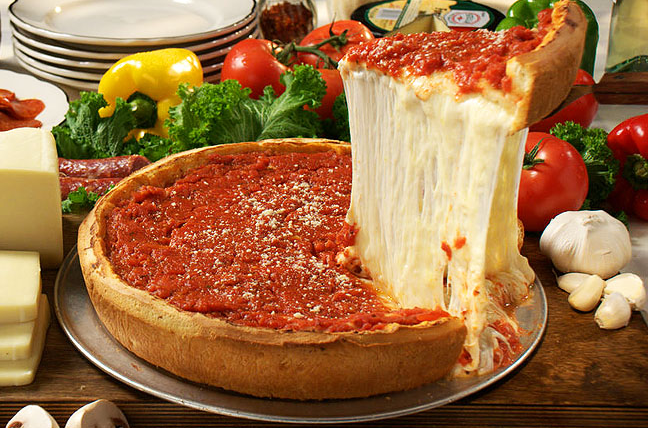 Never before have we had a fiery food festival in the Windy City, and in 2015 we do not just have 1, we have 2. Not only that, they are just 2 weeks apart from each other. The question is why? I am here to answer that question and many more you might have. Plus, give you a reason why both events are more than worth your time.

Before we get to each show, let us answer that question above with a little background detail. When someone sees the NYC Hot Sauce Expo succeed you begin to wonder if you took it to another big metro area would it succeed there? So much credit goes out to Steve Seabury of High River Sauces for his fortitude and hustle to make that event the success it is. He is trying to show he can do it in Long Beach, California next month with his 1st Annual California Hot Sauce Expo. Much of that success might inspire those in other events to raise their game. Two men in our Chileheads community had a dream to bring an event to Chicago, but neither one knew about the others’ plans. The wheels were in motion and money was paid to secure licenses, contracts and venues. By the time the first show made their grand announcement it was too late to turn back for the other.

So in the hopes of making both festivals work, I introduced both parties to each other so that they could work together in some way to make sure both events support each other. The theory is that competition while is good, could only hurt those that have invested their money into one or both of the events. No one wants to see a vendor support a show and fail to break even. Chicago deserves to have a great event, and this year they are going to have two. Next year, either they will merge the 2 festivals or talk about the dates before commitments are made. What is that saying about History that repeats itself?

There is so much going on at each event, but the biggest separation is the actual venue. We have an outdoor street festival and then we get an indoor festival. Let us begin with the outdoor and first of the two festivals, which is simply named, Chicago Hot Sauce Fest. This festival will take place on July 25th-26th, 2015 at Belmont and Elston avenues in Avondale. There will be live entertainment, food and drinks and some very interesting contests like the Italian Beef Sandwich Eating contest. For that one they have aligned themselves with Major League Eating, the world body that oversees all professional eating contests like the world famous Nathan’s Hot Dog Contest each July 4th. Who knows what famous eaters you will see vying for this special contest? There will also be some ghost and Carolina Reaper pepper eating contests. On top of all that, they are introducing the Chicago Hot Sauce Fest Awards. There will be many categories and they are all not hot sauce. This baby belongs to Adrian Gutierrez aka AJ Brown Lightning who is a long standing member of the Chilehead community. Adrian wanted to give a little something back to his own community, so money raised during the festival will benefit the Friends of Linne, which helps the Carl Von Linne School.

Two weeks after the Chicago Hot Sauce Fest comes the Great Chicago Fiery Food Festival. The man behind getting this festival together is Jeremy Walsh of Bigfats Hot Sauce. Jeremy sent me a breakdown about how the festival was put together and some detail of what to expect when you attend. in his own words this is what he sent me:

I have had the idea to do a show in Chicago for a few years now. Part of the final motivation was admittedly out of selfishness, wanting to be at a quality chilehead show that wasn’t hours and hours away. The other part of the motivation was that I wanted to open the eyes of the people in Chicago to the amazing array of gourmet and artisan fiery food products in their own back yards and surrounding areas. At most of the local grocery stores there is not much more than the mainstream Tabasco, Louisiana and Mexican style sauces and that’s fine for what it is. Doing local events and markets made me realize people really have no idea what’s out there and the amazing quality that small batch companies have to offer in one of the fastest growing industries today. I wanted to change that.

I had been compiling ideas from other shows I had attended about what worked and what didn’t, researching, visiting and getting quotes on venues for about 5 months looking for the perfect place that was vendor friendly but both affordable and in a high traffic area. Having found the perfect spot for what I had envisioned and partners excited to help bring it to life I then found out, to my surprise, there was another hot sauce show announced. The question was whether to bail on the idea I had been working on for so long or move forward and put on a kick ass show. We chose to put on a kick ass show. I felt I owed to the people in the industry to put our best foot forward.

The Great Chicago Fiery Foods Fest is bringing together an amazing group of 40+ companies offering a fantastically diverse selection of products that most people in the area have never even heard of and won’t believe what their taste have been missing. It’s a great opportunity for smaller companies, some of which this being their first show, as well as more established vendors to get their names and products out and recognized in a city that is a known foodie mecca.

Our event will be indoors Saturday (10-6pm) and Sunday (10-5pm), August 8 & 9 at The Bailey Auditorium in the West Loop. It’s a great area just outside the cluster of downtown, close to the United Center (home of the champion Chicago Blackhawks and Bulls), as well as just down the street from a corridor of incredible restaurants known as Restaurant Row.

We have some great contests lined up with a handful of willing fiery food vendors and local restaurants teaming up to make the food not only extremely worthy of competition but extra delicious, Chicago style.
For pizza lovers there will be The Spicy Deep Dish of Destruction Contest.
The Rockin’ Reaper Wing Challenge will feature the hottest wings around.
The Hellzapoppin’ Hot Popper Contest will pit contestants against a line of increasingly spicy poppers.
The Maxwell Street Polish Meltdown with feature blazing polish sausage with all the fixins’.
There are still some details pending which we will be announcing in the coming weeks as they become available.

Essentially what we are trying to do is bring some great small businesses in to experience all the great things Chicago has to offer and in return have those very same companies allow the people of Chicago to experience the best of what they have to offer all while having a great and spicy time. I feel it will also help create awareness and new customers and markets for products that might not otherwise show up in local stores.

If I had the time and money to do both festivals there is no doubt I would want to attend both and experience the entertainment and fiery fun from Chicago’s outdoor and indoor venues. My birthday week will be spent in Chicago for the Great Chicago Fiery Food Fest and I know it will be a memorable time. I do hope people come out and help out the vendors for both events and make their investment worth while. A successful Chicago fiery event is awesome, but two would prove that the South does not have a lock-down on all things spicy. It is up to Chicago to prove it can hang with the best of them. For years Austin, Ft Worth and Houston, Texas ran a month of spicy events. They all did extremely well. Two were outdoors and the third one indoors. I see no reason to believe that after getting a taste of spicy goodness at the Chicago Hot Sauce Fest that people will be eager to explore more at the Great Chicago Fiery Food Fest. I know whenever I get the taste for something great all I can think about is getting more. Chicago is lucky, because there is only a 2 week wait to get their burn on again. I am still waiting on the day that I can have my own backyard spicy event here in Northern VA-DC area. In the meantime I am going to have a good time at each event I attend. I hope to see you in Chicago or at least hear about your experiences and perhaps share some of your pics.

One thought on “The Ins & Outs of the Chicago Spicy Festivals”