I received this update from June DeRousse who is the National Advertising Manager of Chile Pepper magazine. Just when you think they are out, we are informed otherwise. Check out what she told me:

“ZestFest 2011 is scheduled for January 28 – 30, 2011 in Irving , TX. ZestFest 2011 will be the highlight of the gala grand opening festivities of the new Irving Convention Center in Las Colinas, located in the heart of the Dallas – Fort Worth Metroplex.

Chile Pepper magazine will continue as the sponsor of ZestFest and the show will be promoted in Chile Pepper as well as a $90,000 media buy including billboards, radio, local and regional newspapers, magazines and websites, and local network and cable television. ZestFest 2011 will also benefit from publicity generated by the Irving Convention & Visitors Bureau and Irving Convention Center at Las Colinas.

As usual ZestFest 2011 will feature cooking demos and tips from noted Celebrity Chefs and audience participation contests on the Chef Stage all weekend.

I am excited about ZestFest 2011 and the bonus grand opening publicity ZestFest 2011 will receive as the opening show in the new Irving Convention Center at Las Colinas. It is also a major plus that the DFW area will be the mecca for advance media attention and fan frenzy surrounding Super Bowl XLV at Dallas Cowboys Stadium on February 6, 2011.

I hope you will spread the excitement about ZestFest 2011 and make plans to attend.” 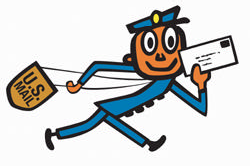 HOT NEWS: USPS is about to rock our community big time!