There is a tradition at the East Coast Grill in Boston, MA around Halloween to have a 4 day spicy menu the likes no one has encountered before. People travel all over to taunt their stomachs with such fiery delights. A chilehead mecca of sorts before we depart this plane of existence. How would that be if you had a chance to have such an event in your own backyard. I have such a fortune on Saturday January 22nd, 2011 no more than a mile away from my residence. Hell Night comes to Leesburg, VA at Spanky’s Shenanigans.

I caught up with the man behind the event, Chef Jeff Ayres. I sat down with him to get a little background behind the event as well as himself to find out what he really knows about spicy food. Does his knowledge stop at the jalapeno or stretch to the ghost chile? Can he make more than buffalo wings or does his culinary background involve more exotic cuisine? He let me sample some of the dishes. I have had the chicken wings before, and they have the best texture and juiciness that I have ever had in a buffalo wing. I ate one of his Hurricane wings off camera and while they were not really spicy like his contest wings will be, they were packed with a very unique and pleasant flavor because of a special ingredient. He discusses that in the video, so you will have to listen to find out. They were pretty good, I will say that much.

Interested in joining in, then you have a whole week to make plans. So come on down and join Chef Jeff, and say hello if you see me as I will be sampled some of the other fiery goodies. Firehead Thomas might be at hand as well. 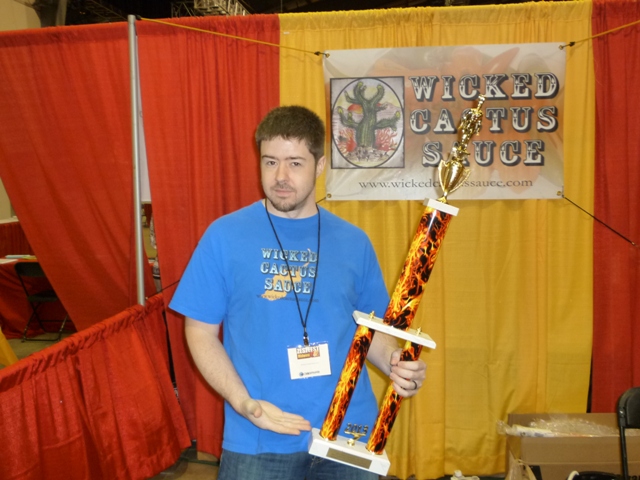