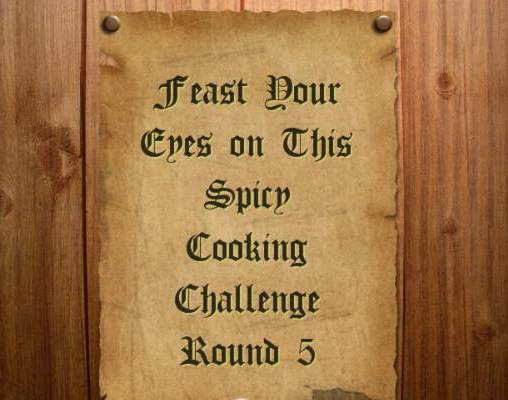 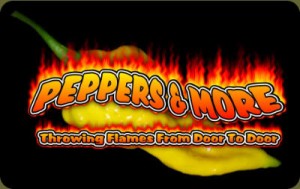 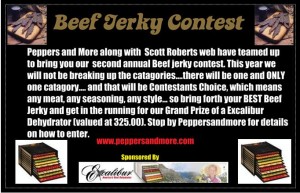 Our Sponsor, PeppersandMore.com is more than just a chile blog, they also do wine reviews, host various contests, amongst other things. They have just launched their 2nd Annual Beef Jerky Contest. If you think you have a homemade jerky that is better than the rest, then this contest is for you. Look at their Grand Prize- a Dehydrator with a retail value of $325. You can get info for their contest by clicking on the above contest picture, which will take you right to their page. This is not just a Beef Jerky Contest, it is a Beef and More Jerky Contest. So check out PeppersandMore.com today.

Round 5 videos are in for this tough tough challenge. I asked all the remaining competitors that if they won, what ingredient would they like their fellow competitors to cook with? Well, some were kinder than others. Unfortunately for them, I switched the tables on them, and they got that ingredient to work with. Only Clement got a choice to use any of their choices, including Butch(crawfish) who was eliminated last round. These were their ingredients:
Sam: Crab
Johnny: Squash
Scott: Jicama
Clement: choice

Using their main ingredient they had to make 2 spicy dishes. The first had to be either a soup, salad or appetizer, and the second was to be a main entree. Plus, they had to make a spicy dessert using America’s Pastime snack food- peanuts, popcorn and/or crackerjack. Their video time was also increased to 9 minutes. We are at 4 contestants, but soon we will be at 3. The Round 5 $50 prize from PeppersandMore.com is up for grabs. Only time will tell, as our judges have their work cutout for them.
——————————————————————————————————————————————-
JUDGES:
Debby Hartinger from our sponsor Jungle Jim’s International Market and their Weekend of Fire Show in Oct 1-2, 2011
Tracy Carter from JACS Tailgaters representing our other sponsor, the NOLA Hot Sauce & Gourmet Foods Show
CaJohn Hard from CaJohn’s Fiery Foods
Firehead Thomas Gately our very own Chilehead Expert Reviewer
Jim Duffy from www.superhotchiles.com, Sponsor and all around chile pepper seed expert

And the Winner is…