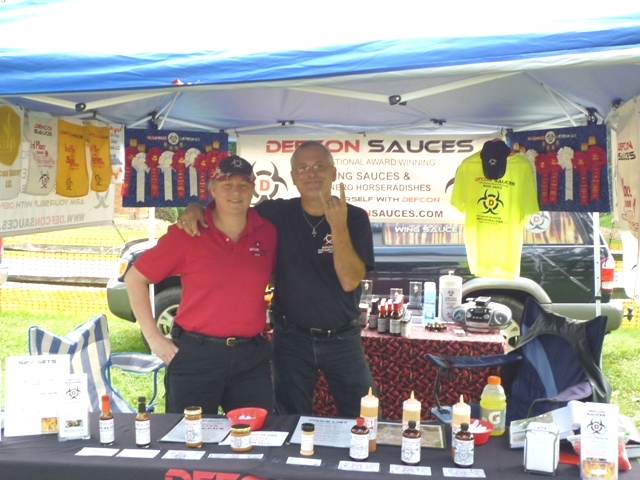 PRESHOW THOUGHTS
I sit Friday in the wee hours of the morning at my Mother’s NY home where I grew up. I think of the show to come, but my mind is on someone else. Maggie Dilley of Defcon Sauces yesterday was having some type of emergency operation as was announced by husband and partner John Dilley via Facebook. He alerted us that it was nothing too serious, but still problematic enough to keep her in the hospital throughout the weekend, and cancel their trip to Peppers at the Beach.

Some of you probably do not know the history of the show and how it came about. Well the show was the brainchild of Defcon Sauces who reached out to Chip Hearn of Peppers to see if he could organize something special for one of Defcon Sauces yearly appearances at Peppers. From the outset, without complete support from Peppers, John blazed the trail to make Peppers at the Beach a reality. A couple of years later, it is one of the most talked about events in the chile community, and Peppers has embraced the show like family. Which makes it even sadder that both John and Maggie can not be there to see how their seeds they planted 2 years prior have grown. They truly will be missed and a toast will surely be made in their absence thanking them for their vision and to wish Maggie our very best in her recovery.

Another thought going through my head right this very moment is my Dad. Today is his birthday, and I will be spending my morning with my Mom visiting him at his resting spot before heading to Delaware for the event. As I have tried to do since his passing, I will celebrate his life instead of morning his death. I hope my actions will be an indication of how I was raised by both my parents. I was taught to treat people as I would like to be treated, and I live with that as my motto. Hopefully I will make them proud along the way.

See everyone at the show, and I will report back as time permits. For information about the show and the vendors who will be there please visit our other posting HERE.

19 thoughts on “Buddah’s Peppers at the Beach Diary”