I had originally planned on staying back to back weekends on my trip. The NOLA show was cancelled, rescheduled and renamed the “Chile Pepper Extravaganza” for next year. The idea of having back to back spicy shows that were only 5-6 hours apart made me excited and I planned a weeks vacation around it. I decided to stay an extra night here in Houston because Rick & Marna McMillan of Chile Pepper Magazine hosted a little gathering of folks at their house for Monday.

The gathering’s setting was both relaxing and active. Some of us were put to work in a wing competition. I was one of those, and frankly I just didn’t want to under cook anything. Goal accomplished even if half my wings ended up burnt. We were all given the use of the massive household pantry and fridge. My plan was to create chicken wings in a blanket. The blanket was a strip of BBQ rubbed bacon strips, and use a good pepper jelly to coat the wings and bacon. Using Draper’s A.P. rub, the bacon got many compliments and were pulled off the carcass of overly charred wings. I forgot to take pics, but I know Rick was hovering over me snapping photos are the grill’s smoke blinded me. It was a thrill to compete in any way with the likes of Vince from Rhythm ‘n Que who just won the judge’s choice for the Chile Pepper Magazine BBQ Rib contest at the show this weekend, plus multi-award winning BBQ God Bill Milroy of Rib Rangers. Then you throw in CaJohn, Captain Thom, Flaming Joe, Vic Clinco who just finished culinary school not that long ago, and I am feeling like a guppy surrounded by ravenous guppy-eating sharks. Winner- CaJohn’s son, Nate Hard followed by Vic. It had to be a big thrill for the both of them, but especially Nate who bet me $1 that he would beat his Dad. I am happy for him, he wanted it so bad. I always look forward to hanging with Nate at these shows because we bust on each other chops, laughing at all the witty, yet crude comebacks. Beyond Nate’s victory, CaJohn was a proud Papa too.

Once we were done grilling Marna had a nice spread of food for everyone. I can’t say enough how much fun it is to hang with all my chilehead friends. It is a shame when it is over and all we have left is the memory of the fun. Well, there is one memory that will be long lasting for those that witnessed it. The McMillan’s have a canoe on the lake at their house. A beautiful sight which you can see from the pic below. Shauna and Derek of TATS took it out first, having a bit of trouble paddling at first, but getting the hang soon after. Then Nate and Flaming Joe went next. They did a great job of maneuvering around the fountains. Then Bruce & Cindy of Cin Chili took off. Bruce convinced Cindy to take a romantic gondola ride. Well it turned into the Titanic, capsizing while getting stuck on the far side land. The pictures do not do it justice. Funny stuff. When Bruce came up without glassed, Flaming Joe volunteered to search for them. Like the Superhero Aquaman, he called on his fish friends to help him find the eye-wear. Within a few moments his hand was extended from the water depths with Bruce’s glasses. Ever grateful, Bruce met his hero with jubilant appreciation. All was good in the world.

The rest of the evening was just us hanging out laughing, enjoying each other’s company and eating some of the great, mouth-watering chocolates that Ricky and Renee brought with them to share. I got some great pics below of the gathering, so I hope you enjoy my little diary. My last day in Houston will be spent hanging with Nick Lindauer of the Hot Sauce Blog during lunch at the Little Bitty Burger Barn. I might not have too much time to do much of anything else before I fly out tonight, but I am so relaxed right now I will play it by ear.

It was lots o’ fun this weekend and I will miss everyone so much. Thanks Ricky & Renee for letting me share your room and the sweet hospitality for my trip home. It might not make it back to VA. Heck, those sweets might not make it to the Airport. 😀 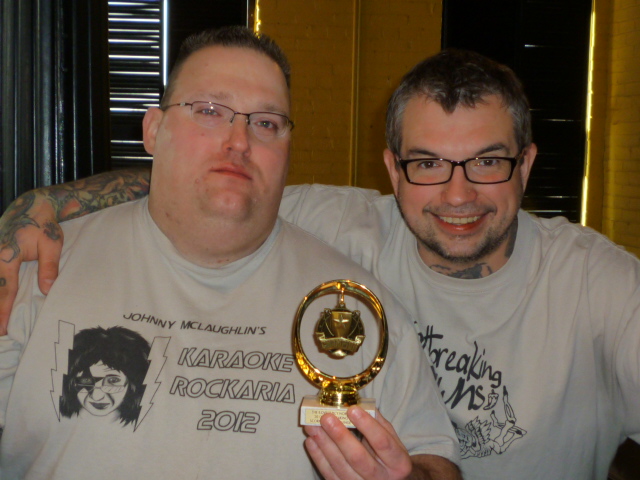