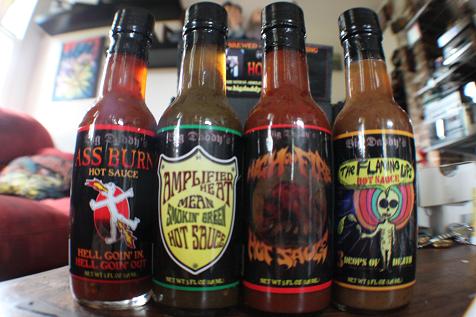 What can I say about Trevi and Becky Biles… EVERYTHING   When it comes to Houston hospitality it doesn’t get any better than these two. The first 5 minutes that I met these guys I felt like I’ve known them my whole life. They both welcomed me and my boys with open arms. Trevi is the bass player for a band called VENOMOUS MAXIMUS out of Houston, TX. He and a couple of his closest buds put on one awesome little concert at the show (you can check some of it out on YouTube). Trevi is also a high school math teacher, I can tell you if I had a teacher as cool as Trevi when I was going to school I probably would have passed math. Now Becky is by far one of the coolest ladies you will ever get a chance to meet. And together the two of them make one awesome couple. Check out the video as we run through their line of kick ass sauces. YOU GUYS ROCK! It was so much fun getting a chance to know you guys, thanks for everything.

The same basic recipe is used in the first three sauces, including Houston microbrewery St. Arnold’s Lawnmower Beer, only switching out the peppers to highlight the personality of each pepper. Ass Burn uses cayenne peppers for a medium heat, Amplified Heat uses smoked jalapeno peppers for a strong, smoky flavor, and High on Fire uses habanero peppers for a more intense heat. The Flaming Lips Three Drops of Death, which also uses St. Arnold’s Lawnmower Beer, is a trippy sauce with citrus flavor coming from pineapples and ginger while still delivering nice heat with habaneros. The Orange Show Fire Blossom Special BBQ Sauce, made for the Houston art institution, is a light bbq sauce made without high-fructose corn syrup that brings strong flavors of oranges, honey, and habaneros. The EHG In the Name of Suffering is made with ghost peppers, ancho peppers, and the holy trinity of cajun cooking to bring our hottest sauce a smoky, earthy flavor. 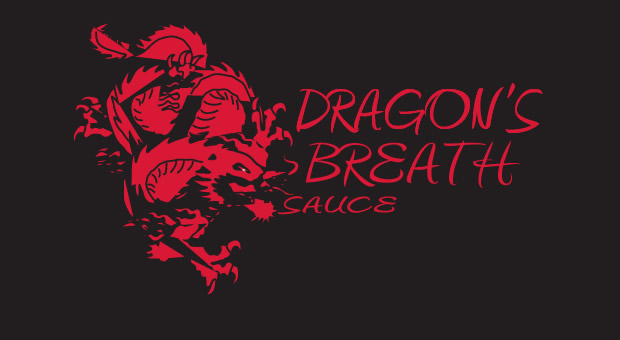