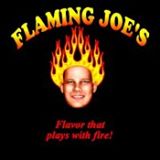 Flaming Joe and Red Hot Robin… The name says it all. I’ve been going to the Fiery Foods Show in ABQ for the last 12 years that I’ve lived there and the first thing you always see when you walk through the door are “The Gate’s of Hell” One side is Sam and his wife with Zack and Zane and the other side Flaming Joe and Red Hot Robin. Just the sight of “The Gate’s of Hell” sets the mood for the entire show. Just an awesome group of people. At the show in Houston rumor had it that Flaming Joe and Red Hot Robin were going to take a break from the hot sauce circuit. In the review you will see that the rumor is confirmed they will be taking a break, they will be dearly missed, but in the review you will also see who will be taking their place. It was awesome for me to finally get a chance to do an interview with Joe and Robin. We will miss them in ABQ and we hope they have an awesome time.

For several years the Amateur Scovie Awards Competition has provided a conduit for “newbies” to bring their unique pepper preparations from the kitchen to the competitive arena. Ours is a competitive business and there are few inexpensive ways to find out how ones own recipes stack up against others in the market place. The Scovies and Amateur Scovies provide a format and the feedback necessary to make an initial judgment as to the potential worth of a new recipe or the ongoing power of an existing one. The Amateur Scovies has proven to be an accurate measure of potential product viability and creative flare. Many past winners have moved up to the professional level and are now marketing their products successfully.

When the Scovie competition rolls around each year hundreds of professional entries arrive to challenge for bragging rights awarded to those whose products rank among the best. Tucked neatly within this milieu of professionals is a smattering of those intrepid amateurs willing to test their peppery products by professional standards. These individuals typically come from all around the globe, different walks of life, of both genders, disparate socio economic levels, but each shares the aberrant chile head gene which seems to express itself mysteriously at some time in life. As budding geneticists known genes may express themselves at various times in our lives. We are not sure what may trigger the expression of said genes, however, in the case of Joe Leicht, the 2006 Grand Prize winner in the Amateur Scovies for his creation, Flaming Joe’s Caribbean Style Jerk Sauce, it would appear that the trigger or triggers may be the unlikely combination of three dogs, The Simpsons, a honeymoon, hops, habaneros, and working as an assistant brewer. What? We’ll let Joe explain how, in his own words, he became an entrant into the 2006 Scovies and the world of fiery foods.