And why call a hot sauce company Feisty Parrot? Well, David and Tracey have three macaws, the one named Indigo is a bit of a brat and has always been known as ‘the feisty one’, and so they thought it would be fun to name the company after him. Click on ‘Meet the Macaws’ to learn more about them. Each hot sauce is named based on either something the parrot’s say, attributes of or things people call the parrots.
All that is left to say is welcome to the world of Feisty Parrot where you will find only all natural hot sauces made with a stunning combination of flavor and heat out of the finest quality ingredients. David and Tracey hope you have as much fun and enjoyment out of eating them as they have out of creating them.

Our Reviewers are The Machine, Dale Gilbert, & Jacob Robertson. 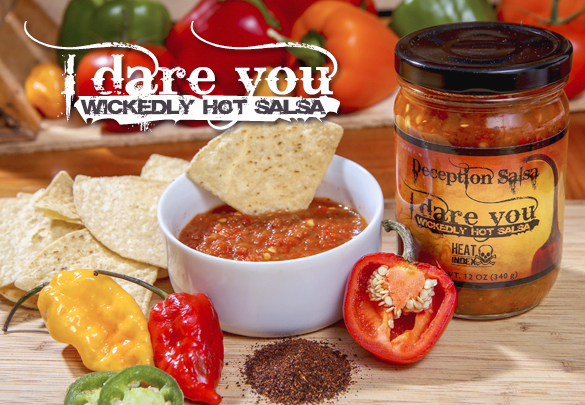