The weight of any event ultimately falls on the promoter, but there are so many factors in making an event a successful one that it can fail even if all the pieces are in place to make it a big hit.  Bad weather can ruin an event or the very threat of it can crush an outdoor show.   The economy is always fragile enough to discourage people from paying the admission price on something they are lukewarm in attending in the first place.  Let alone getting there and just grazing and sampling at each booth, saving their money for more important things than the addition of a spicy product.  What about the lack of support from the vendors?  After last years two big show flops with Zestfest Midwest and Chile Pepper Extravaganza, a vendor might not feel too comfortable going to a first year show.  Many of us know there was extreme efforts on the good people at Chile Pepper Extravaganza to make that show be more than it ended up being.  Yet, in the end, people just did not come, and much money was lost in the investment from the promoters and th0se vendors that took the risk in supporting the show.  Those that did come were treated well and were entertained to the last minute the show’s doors were open.  Even with the never die attitude, the Chile Pepper Extravaganza is one and done.

We can see from the NYC Hot Sauce Expo that there is a formula in place to turn an event into a knock it out of the ballpark spectacular.  Steve Seabury has set a standard I am not sure many other events will be able to achieve.  He used all his media connections and created even more to get the buzz out.  That did not guarantee people would find the Expo, but they did.   Can another show outside of NYC get as much media hype?  Maybe, but probably not, unless they enlist in the help of Seabury and his contact list.  It does not mean that an event can not be successful without all that extra media hype.  Look at Bowers Chile Festival and you wonder how an event in the middle of Nowhere, PA can do so well.  That show grows every year by word of mouth, and boy to the people come.  It helps that it only costs $2 donation to come in, and there is a pepper field down the road to pick your own for another $2-$3/pound.  Still, is that reason enough to see success come from such a show that does little to no media hype?

On July 19-20, 2014 at the Acadian Village in Lafayette, La. the 1st ever Louisiana Hot Sauce Festival will make it’s debut.  Last year between the Houston Hot Sauce Festival and the Chile Pepper Extravaganza the Sauce Goddess, Jennifer Reynolds and myself got a tour of the grounds from the promoter, Dana Romero.  He filled our minds with a vision of his soon to be realized dream.  He told us of things to come – where the vendors would be, the food trucks would sell their wares, the stage where music and entertainment would fill the air, and even the prayer service would be held on Sunday morning at the Church of the Chile Pepper – he told us of all these things.  As he did a tour bus came to the historic Acadian Village.  The bus emptied out a group of tourists to look at the history of the Acadians and the houses, some of them restored to the exact standards of when they had people living in them.  A thought struck me then.  This place is a natural tourism area, and they have had many other successful events planned there over the years.  Could this festival be the new Bowers?  Will people come just because it is what they love to do?

Dana Romero has the support of Louisiana, as well as the local municipalities on board with tourism money.  He told me he is using the success of the other shows, and the failures too to mold the Louisiana Hot Sauce Festival.  He wants fallback plans in place for everything including bad attendance and weather.  He is pulling all the resources he can to make this event a success, and from what I saw and he told us, this something I really have high hopes for.  To share with you a little about what I was told and saw, it starts with Dana’s hot sauce trail.  The historic Acadian houses  are stretched along the grounds with a path winding around amidst a small waterway and walking bridges connecting the land together.  The vendors will be aligned along this walkway and be positioned in between these historic houses.  The patrons coming to the event will receive a map layout of the hot sauce trail with all the vendors locations, as well as the other areas like where the food trucks will be serving up food, and the main stage area where people can go to get out of the sun, get some refreshments and listen to music.  I have never seen such a layout at any show, and that is what makes this festival seem to be so worth attending.  I want to see Dana’s vision be realized.  The next day Dana wanted to give us a personal tour of New Iberia, a town over from Lafayette which is the location of the Tabasco company.  Both the Sauce Goddess and I told Dana that he had an opportunity to show the grounds to CaJohn Hard, he must not waste it on us.  CaJohn was on his way, and we wanted to see if he shared the same enthusiasm as we did for this festival.  Not only did CaJohn feel the same way, but he committed on the spot to the event 9 months in advance.  We all knew something very special was going to happen.

With 4 months to go for the LA Festival, Dana is starting to get more and more requests from the vendors to attend the show, including some companies from outside the US.  Rolling on the positive vibes and success from the NYC Hot Sauce Expo, I personally wanted to put my stamp of approval on this show.  Until now I have supported Dana from afar, and spoke highly to those that asks about this event.  I want this show to succeed like it was my money invested in it.  I have no stake in it, but much like every show that succeeds, the community I love so much will succeed with it.  We need more NYC Hot Sauce Expos, Bowers Chile Festivals, Houston Hot Sauce Festivals, and North Market Fiery Food Shows.   The vendors are the lifeblood of this industry and one or two shows does not make a year for these small market companies.  I want the Louisiana Hot Sauce Festival to be supported.  I want companies to take that risk, that roll of the dice so to speak, and believe in Dana Romero and what he will present to our community in July.  If you are within a few hours driving distance to Lafayette, Louisiana, then please come and support this show.  If you are on the fence to do it, let me be the guy that pushed you over.  I really believe that this festival will be huge.  If you would like to see the Festival Vendor’s Pack Dana sent me, please give me an email at al******@ya***.com, and I will send it your way.  Here is their festival page: CLICK ME

Besides the Louisiana Hot Sauce Festival, there are more spicy shows coming to your neck of the woods.  Please visit the Spicy Events Page located at the top of ILoveItSpicy for the list by date.   The next 2 shows debuting in May are newbies.  The Kempton Pepper Jam in Kempton, PA and the Hop Fest in Beach Haven, NJ a stone’s throw away from the jersey Shore.  Every show needs their support so please come out and get your spicy on! 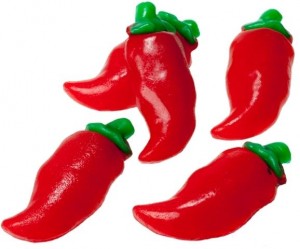 3 thoughts on “Investing in the new Louisiana Hot Sauce Festival”