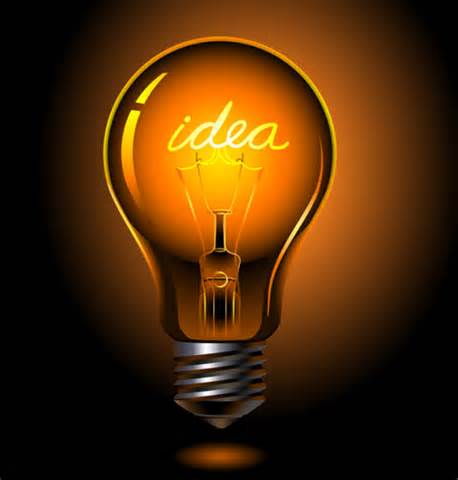 I woke up with an idea that I wanted to share with you and in return would like to hear some feedback on what you think of it. As many of you know, I have attended many spicy and BBQ festivals/events over the past 6+ years. There is a big issue at some of these events about getting people sick with stuff that most of the public is not prepared for. This community needs more positive experiences to share than negative ones. So I think it is up to the promoters to ban all extract sauce sampling from shows. They can still be sold, but I think we are better off not seeing people bent over a garbage container and scaring the rest of the attendees. There can still be burning going on with extra hot pure pepper products, but nothing with extract in it. All vendors will sign a form agreeing with this ahead of time, and if one of them crosses this line, they might be subject to a law suit for breaking the contract and harming the event. That might be extreme, but a contract will get a sneaky vendor from crossing any lines.

That frankly is not the idea I woke up with. The idea is twofold. Every attendee will be given a sticker indicating their heat level. You can have such Chilehead designations as (Wimpy, Light-Weight, Mid-Range, Sweat-Seeker and Crazy). Florida chain restaurant Tijuana Flats uses smiley faces indicating the heat level on their hot sauce condiment station. Something like this could be used, and can even be incorporated into the vendor’s booths as well by putting these smileys on the products.

The next phase would be some kind of collectible tasting spoon swag. Every paid attendee is given not only the sticker, but a tasting spoon to go around the event and try various spicy products that match their heat level. This might even help the less than charismatic vendors who make great products, but do not know how to interact with the public too well. You know who you are! Makers, imagine having a attendee come to your booth, they see their matching smiley on one of your products and without asking how hot something is, they just try it onto their spoons? Or perhaps ask to sample it if you prefer?

One of the big things I see at these events that I do not think we need to address is the “Hot Sauce Separated Couple”. This is where 2 people come together, but one stays far back from the vendors while the other samples. They both paid, but one is bored and disinterested They are too afraid to get burned, and once they do, they lose all trust in the event. With their “Wimpy” tag, they might be more than a willing participant, and could create some extra sales from creative makers who sell in all heat ranges. Perhaps a tangy BBQ or taco sauce with no heat level might be something that would sell better.

The promoter would obviously have to absorb the cost of this idea. I have no clue what custom spoons would cost, and then you would need enough to hand out to everyone. What is the ceiling on something like that? It might be much cheaper to just go with plastic disposable spoons, but I think giving the patrons a keepsake would be like giving out mini tasting glasses at Beer Festivals. No one throws those away. If you go with custom logo ones, maybe you can make the spoons without the year. So any spoons not given out, can be given out the following year to save on leftovers. The year would make it more of a collectible and each year a new collectible can be had, but the leftovers would go to waste. Just an idea at any rate.

There is one last idea I have, and that is to have an event here in my hometown of Leesburg, VA. It is 45 minutes from DC, 30 minutes from MD, 40 minutes from WV and has been listed in Money Magazine as one of the best places to live in the country. Northern Virginia, specifically Loudoun County is one of the fastest growing areas in the country. We have the biggest brew festival on the east coast here, and I think most of the festivals are well attended. We do not have a spicy food show here yet, and I would love to bring one here come 2015 on the 1st weekend of August or Memorial Weekend. I would work hard to keep the vending and entry price down as much as possible, perhaps using the great Bowers Chile Festival strategy where you charge based on how well the show does for the vendors, raising the fee on 10% of the sales. So if a company makes $3000 in sales, then $300 goes back to the show, and only a $150 upfront fee is charged. I would also contact all the hotel chains in the area to give an affordable discount for anyone attending whether it be a vendor or chilehead traveling to the show. My goal would be to take care of those who would risk coming to a 1st time show and keep those costs down as much as possible. I would do my best to get some of the local restaurants involved in providing VIP treatment as sponsors to the event.

Then comes the challenge in getting the word out. I would contact the local and state tourism boards to get us some help in funding the show and get in on the calendar in any free Virginia Tour guides they give out to the public. I have a friend who works for the Washington Post, and I would use his contacts to get us some coverage. I honestly do not know anyone in the radio or TV media industry, but I would have to make a lot of local calls to get me some push. Sponsors are important too, and I would work that as well. We need money to do this, since I am not one that can afford to fork any over. The one advantage I have as an organizer is that my work day is usually over between 12-12:30pm est. I have the ideal hours to make phone calls and setup meetings. Sure I have to go to bed around 9pm each night, but having those free daylight hours would only benefit such a promotion.I have my ways though, and I think I can get this done, but truth be told this might be more of a pipe dream than anything else. As much as I would want to do this, I would need help from some of the industries’ best promoters, specifically Steve Seabury, but he has his hands full with his own mega-expo. Well, I do have the ambitious Thom “Putty” Toth from Voodoo Chiles Sauces & Salsa, LLC in town as well, and I know he wants a festival too here, so lets see where we can grow this seed from here.

So there you have it. Now to get some feedback. Like or hate the ideas? Needs tweaking? Is any of this doable? What say you?