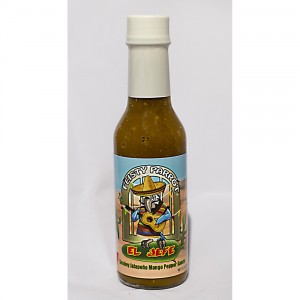 Whilst looking for a job in April 2013, Dave decided to bottle his ghost/ scorpion hot sauce (now known as Savage Beast), put his business card on the bottle and hand it out to potential leads. At the same time Tracey complained that the Savage Beast was too hot for her, being a nice husband, Dave indulged her ‘Pansy like tolerance’ and they went back into the kitchen to develop what is now known as Demented Canary.