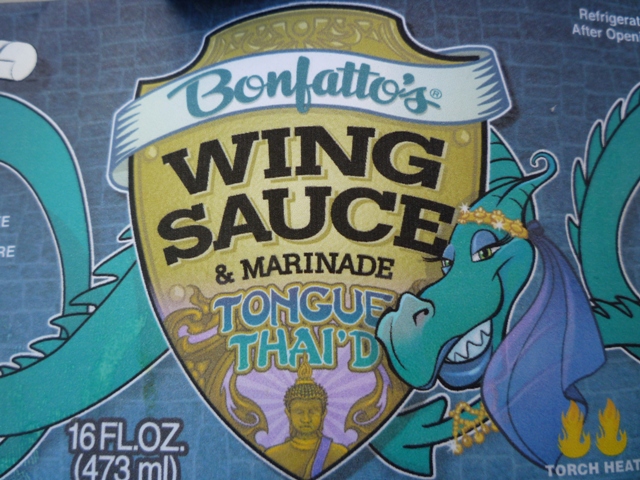 Another on the spot review from the Gunther’s Gourmet Gala, this one is from Bonfatto’s Wing Sauce & Marinades. We did a bunch of Bonfatto reviews a few months back, and I was very excited to here we were doing some product testing of their new wing sauce not out yet. Tongue Thai’d is a curry style wing sauce, and the color is a bright, happy yellow. I love the color of the label in the contrast with the color of the sauce. That would work well on a store shelf. The name is also quite creative. I am not a big fan of curry, so I wish it was a different product to sample. There was other sauces given to the show, but I didn’t have much room left after all the sampling to eat more wings. I did taste their sauces straight from the bottle, and was pleased with much of the flavors my reviewers had enjoyed from their review. Let us see if this new product holds up to the tradition of the Bonfatto name.

In 1910, sixteen year old Guy Bonfatto immigrated to South Renovo, PA from Sicily.
Two years later, he was operating his own grocery and confectionary. Not too shabby for a kid just off the boat!

Guy had to close shop in 1917 to serve a two-year stint in the U.S. Army, but then got right back to business. This time, he had wife Pauline – also a Sicilian immigrant – to help him out. The young couple opened their grocery and produce store on August 15, 1919 in the Bush Arcade in downtown Bellefonte

Ever industrious, Guy travelled regularly to Pittsburgh and Baltimore markets, hand-picking the best produce to bring back in his truck. Pauline worked in the store, serving customers, keeping the records, and doing the billing. Soon, Guy was delivering groceries door-to-door, and Pauline was delivering Bonfatto children. Six of them, to be exact. A ton of sweat and sacrifice, for sure, but Pauline continued to serve customers with the kind of good-natured, easy friendliness that put the bon in bonhomie. And all the kids – Mary, Josephine, John, Francis, Annette and Rose – helped with the family business.

Guy and Pauline operated their grocery store until Guy’s untimely death in January 1960. Once Francis and John took over the reins, Pauline remained active in the business long after she “retired”, and was in the store daily until an illness forced her to stop working in May 1987. She passed away November of that same year.
Once Upon a Sub

It was John Bonfatto who came up with the original idea back in 1958. After reading about a college student who was experimenting with sandwich making, he decided to do some experimenting on his own. Using nothing more than a refrigerator, a slìcer and ample counter space, John invented a hefty sub that was as tasty as it was unique.

As anyone in marketing will attest, what you call a product is often as important as the product itself, and it was a business acquaintance’s photo of a Beechcraft J35 Bonanza airplane that made things click. Hence, the Bonanza Sub was born – one full year before a popular television series by the same name would debut. The Bonanza Sub was trademarked in 1963, and people in Bellefonte and State College have been chowing down on 8″ and 16″ Bonanza Subs ever since.
Through Thick and Thin

With the success of the Bonanza Subs, Bonfatto’s began to evolve from a grocery and produce shop to a destination for prepared ready-to-eat foods. In 1965, John remodeled a building at the rear of the store for selling pizza, and later added cheese steak sandwiches, hamburgers, fries, spaghetti, and a host of other sandwiches and meals “to go”.

After purchasing the old Bellefonte Grille bar in 1970, the family launched a full restaurant. And though a devastating fire in 1978 gutted the store and pizza shop, the Bonfattos refused to give up. Everything was rebuilt and consolidated. In 1980 Bonfatto’s became BONFATTO’S, INC. with Pauline, John, Francis and Mary as officers of the new corporation.
Talkin’ Bout My Generation

In January 1990, David Letterman, grandson of Guy and Pauline (and no relation to the comedian/talk show host), became the third generation of Bonfattos to enter the business, and within a year he successfully established a second location in State College.

It wasn’t long before catering services were added, and then, in July 1999, David and his wife, Sherri, became full owners. The hard-working couple’s first order of business: the launching of Bonfatto’s Restaurant and Lounge, which opened in November 2000 on Bishop Street in Bellefonte and featured everything from American-Italian dishes to Bonanza Subs. Coming from the Bonfatto family, of course David had to make his own new innovation to the family business; a new line of award-winning wings and sauces!

Guy and Pauline would be proud. 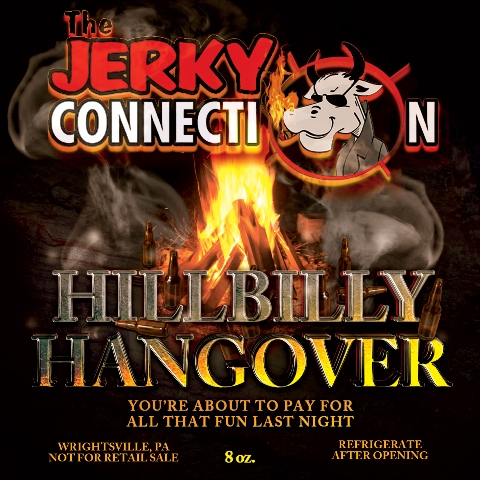