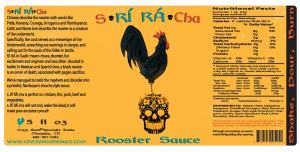 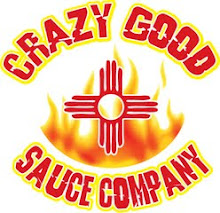 Chinese describe the rooster with words like Pride, Honesty, Courage, Arrogance & Flamboyance. Celtic and Norse lore describe the rooster as a creature of the underworld. Specifically the cock served as messenger of the Underworld, screeching out warnings in danger, and calling out for the souls fallen in battle. Ri Ra in Gaelic means chaos, disorder, fun, excitement and mayhem and was often shouted in battle. In Spanish and Mexican lore, a black rooster is an omen of death, associated with pagan sacrifice.

We’ve managed to meld the mayhem and disorder into a prideful, flamboyant sriracha style sauce.

s. Ri Ra cha will not only wake the dead, but it wil make your ancestors proud.

Our Sriracha is a 4 pepper blend made up of: Jalapeno, Serrano, New Mexican Red Chile (Sandia) and Moruga Scorpion. Sweet and garlicky with a long burn and the perfect accompaniment for seafood, chicken, grilled meats and Asian foods .
Heat level 6 (out of 10)
40% pepper solids by volume 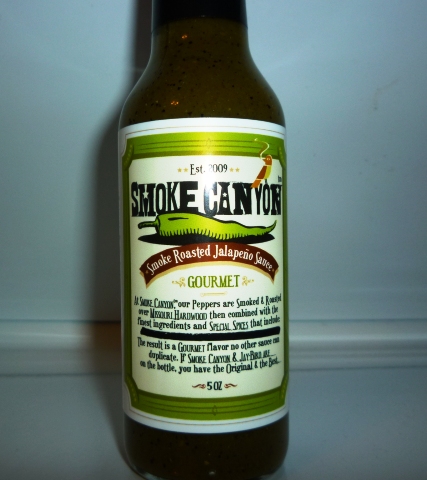